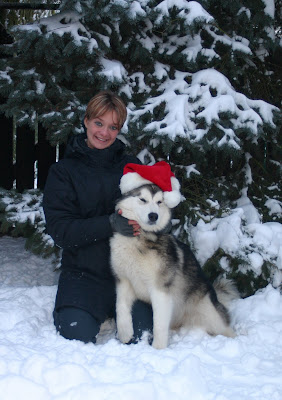 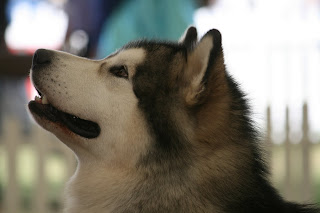 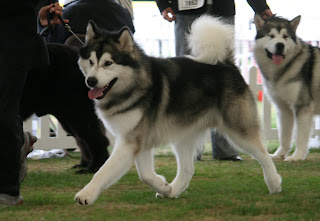 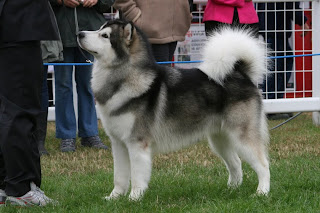 Both parent's eyes and hips are checked.
We would like to thanks Sergio & Charlene Bebiano from Keykas Alaskan Malamutes to allow us to use their lovely K'eyush! We recently had the pleasure to meet this dog and he is such a lovely boy with a great character :) 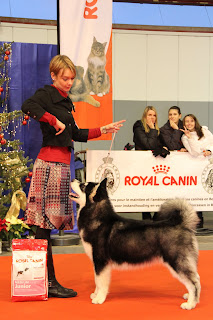 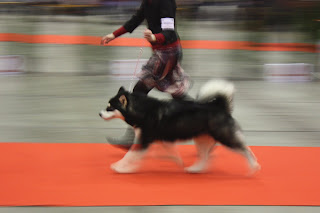 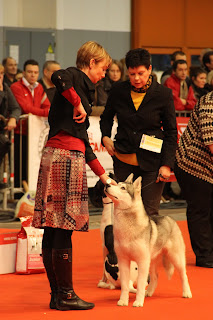 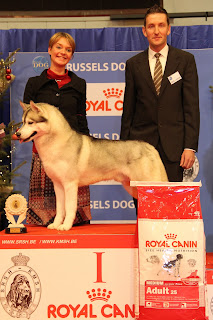 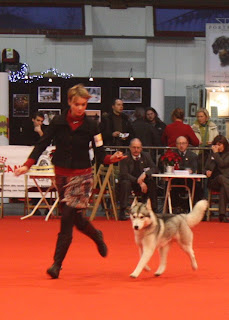 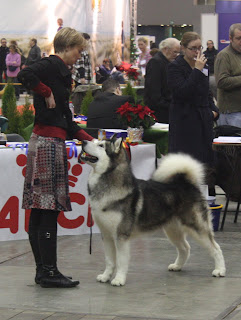 On Saturday December 18th we attended the last show of the year, the international dog show in Brussels. We are delighted to announce the following results:

We also handle the following dogs:
And last but not least I won the group 5 with Tundrafoot's Bern Baby Bern "Dysco" (owner: Nancy Daponte)!!!

We would like to thanks Sergio Bebiano and Anita Muspach for their support! 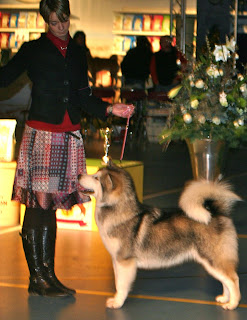 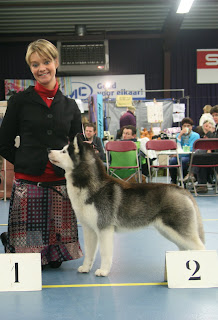 On Saturday December 12th we attended the international dog show in Wijchen, NL.

And we are happy to announce the following results:
Thanks to honorable judges: Mr. J. Meijerink (NL) and Mr. P. Roosenboom (BE)!
Thanks to Anita Muspach for all her support! 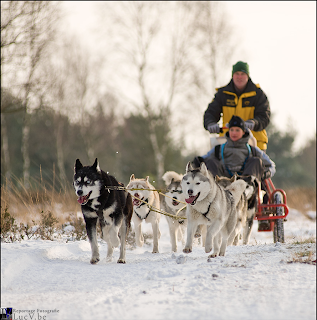 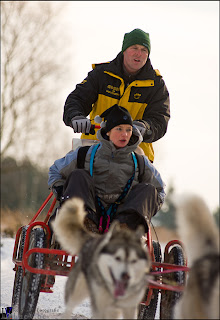 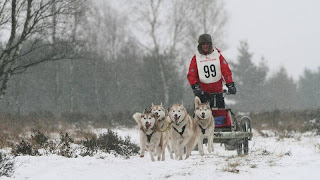 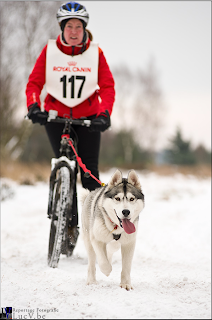 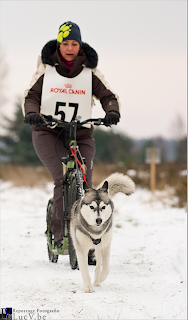 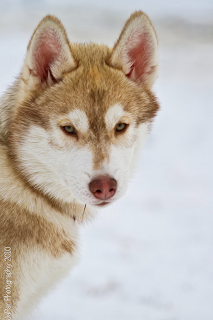 On December 4th-5th we attended the Pampa race in the military domain in Helchteren, Belgium. This year was the coldest edition ever. Just not enough snow to get the sled out on Saturday. However I had the pleasure to build a team of 8 with my good friend Patrik VDD and we went for a lovely run of 22km. The dogs did an excellent job :) On Sunday as it started raining and the race got cancelled we went went for a shorter run but we were very pleased to see that our dogs really had the will to go :)

Also we would like to congratulate Emilie Dilens who ran her first race with Chinanook's Hinook! Well done girls :) And a special thanks to Edouard for all his help :)
Last but not least American Triumph Inferno "Lobo" won the category scooter 1 dog with my mom! 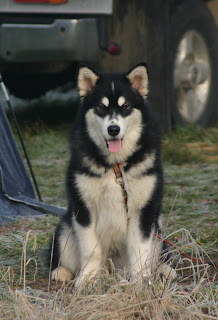 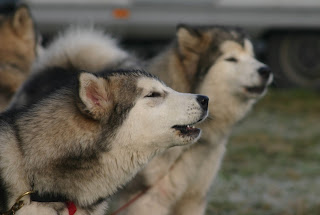 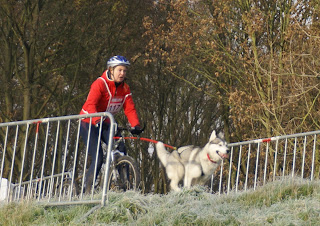 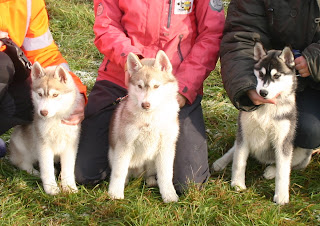 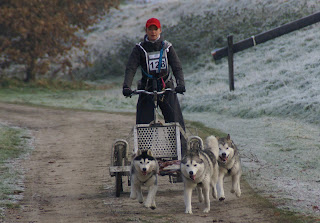 On November 27th & 28th we attended the mushing race in Berlare.
Our dogs did a good job running...
We also had the pleasure to see again Jack, Yepa, Juicy and Juneau :)